This post contains affiliate links. I may earn money from advertisments, at no cost to you. The opinions expressed in this article are based on my personal experience and research. They do not necessarily reflect the opinions of the companies mentioned or advertised.
25
April

Categories:Names of Interest, The Lives of the Tree, World War 2

Today being ANZAC Day, I have decided to honour my great-grandfather, Fletcher Alderwin Brand, who served in World War I.  Today Australia commemorates all the people who have served to allow our country to remain free.

Fletcher was born on 16 December 1881 in Dongara, Western Australia, the seventh of ten children, to David Brand and Susanna Criddle.1,2,3  Fletcher was one of the first generation of Brand’s to be born in Australia.  His father, David, had moved to Western Australia from Larbert, Scotland, in 1859 with his siblings and mother to join their convict father, George Brand, who had been transported in 1855.4,5

Not much is known about Fletcher’s early childhood other than he grew up in a farming family in the Dongara region.  On the 27 April 1909 he married Millicent Dolores “Lola” Bayliss at Guildford.6  The 1910 Western Australia Elector Roll has them farming a property, “Cooremia”, in Upper Swan, Western Australia.7  Their marriage was short-lived as Lola died on 2 March 1913 of Meningitis.8,9

On 23 November 1915, Fletcher answered the call for World War 1 and volunteered to fight for his country.3  He was substantially older, at 33 years 11 months, than the Australian average age of 24.25 years upon enlistment.3,10  I wonder if the death of his wife two years earlier played a role in this decision.  I did try to ask my grandmother a couple of times but she refused to acknowledge his first marriage – I often wonder why.


He enlisted in Geraldton and was issued service number 2164B.3  At the time of his enlistment, he was working as a farmer in Geraldton.3  He was a Methodist, stood 5 foot 5/8 inches, weighed 160 pounds, had blue eyes, dark brown hair, slightly balding, and a fresh complexion.3  He also sported a large appendix scar.3


Unsurprisingly, given his farming background, he was placed as a Private with the 10th Light Horse Regiment, 15th Reinforcements.3  He embarked on H.M.A.T. A38 “Ulysses” from Fremantle on 1 April 1916.3  Incidentally, I realised when reading Beneath Hill 60 by Will Davies last year, that Fletcher was on the same ship as Lieutenant Oliver Holmes Woodward who had embarked the “Ulysses” in Sydney on 20 February 1916.11  Woodward was in the now infamous 1st Australian Tunnelling Company, as depicted by Brendan Cowell in the 2010 movie, Beneath Hill 60.12,13 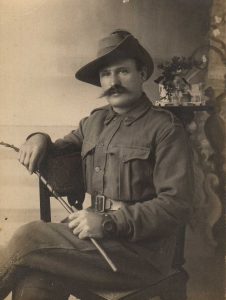 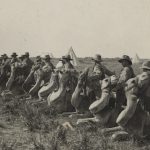 On 6 July 1916, Fletcher was taken on strength by the 5th Double Squadron, which was formed using 3rd Light Horse reinforcements.3,16 Fletcher and his comrades were transferred on 2 November 1916 to the newly formed 4th Camel Regiment in Abbassia when the Double Squadron was disbanded.3,16  Fletcher spent the majority of his service in the Camel Corps, transferring to the 18th Company International Camel Corps on 8 February 1917.3  On 20 August 1918 he was transferred to the British Expeditionary Force (BEF) as a driver.3 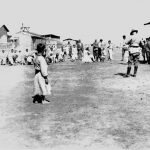 A couple of times through his service, Fletcher was sent to hospital.  On 2 May 2017 he was admitted to the 26th Italy Hospital with bronchitis, and discharged to duty on 13 May 2017, returning to the Camel Corps in Abbassia.3  On 4 November 1918 he was admitted to the 21st General Hospital in Alexia and upon his discharge on 4 December 1918 he was sent to the Port Said Rest Camp.3


In 1917 it had been decided that the men should be given the opportunity for a break to rest from the rigours of war and a rest camp was established at Port Said on 11 October 1917.17  Fletcher was in hospital when hostilities ceased on 11 November 1918 – I wonder how he felt not being with his comrades at this milestone.  Men would spend a couple of weeks at the rest camp to recuperate by the sea after being discharged from hospital prior to being returned to their units.17  However, since the war was over, Fletcher, remained in the Rest Camp. 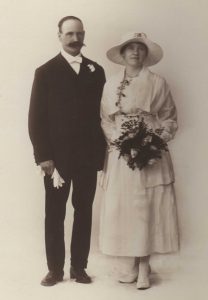 Less than a year after his discharge, he married for the second time at 38 years of age.18  Fletcher  married Gladys Gwendoline Matheson on 10 June 1920 in Victoria Park, Western Australia.18,2  Gladys was the youngest child of Robert Matheson and Edith Ford, originally from Bathurst, New South Wales, having moved to Victoria Park in the years following Gladys’ birth.2,19,20


On 6 August 1921 they welcomed their first child, Alywin “Al” Robert David Brand in Victoria Park, Western Australia.2,21  He was followed by Hilton Dudley Brand (known as Dudley) on 7 August 1923.2,22  He was named after Gladys’ brother Robert Hilton Matheson who was Killed in Action in Somme, France on 23 May 1918.23  My grandma, Marjorey “Marj” June Brand followed and was born on 5 June 1925 in Pinjarra, Western Australia.24  On 5 July 1928 Donald “Don” Raymond Brand joined their expanding family followed by their youngest child, Gweneth “Gwen” Margaret Brand on 7 February 1932.2,25,26

1944 was a hard year for many Australians as they waited for news of their sons fighting in WWII – for the Brand’s it was no different.  Al was in the AIF and the family were hoping that he would return safely home.  Little did they know that 1944 would be more tragic for them than many others. 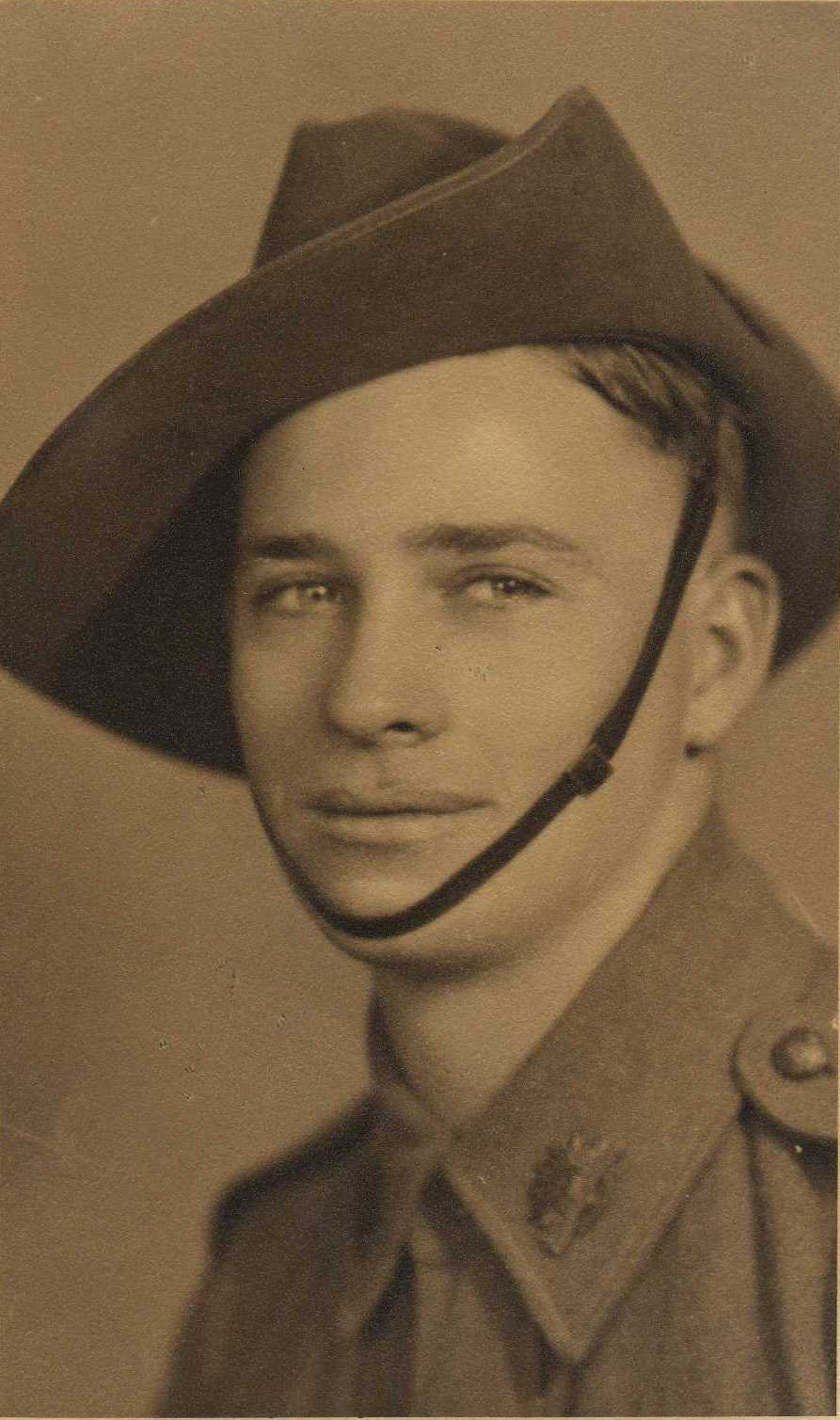 On 19th June 1944 20-year-old Hilton Dudley Brand was killed instantly when he fell from a motor truck near the 27-mile peg on the Great Eastern-highway.  The twin rear wheels of the truck passed over his head”.33  Dudley had been discharged from the Army on 24 April 1943 and was working near his home when the accident occurred.34  He was buried at Karrakatta Cemetery.35 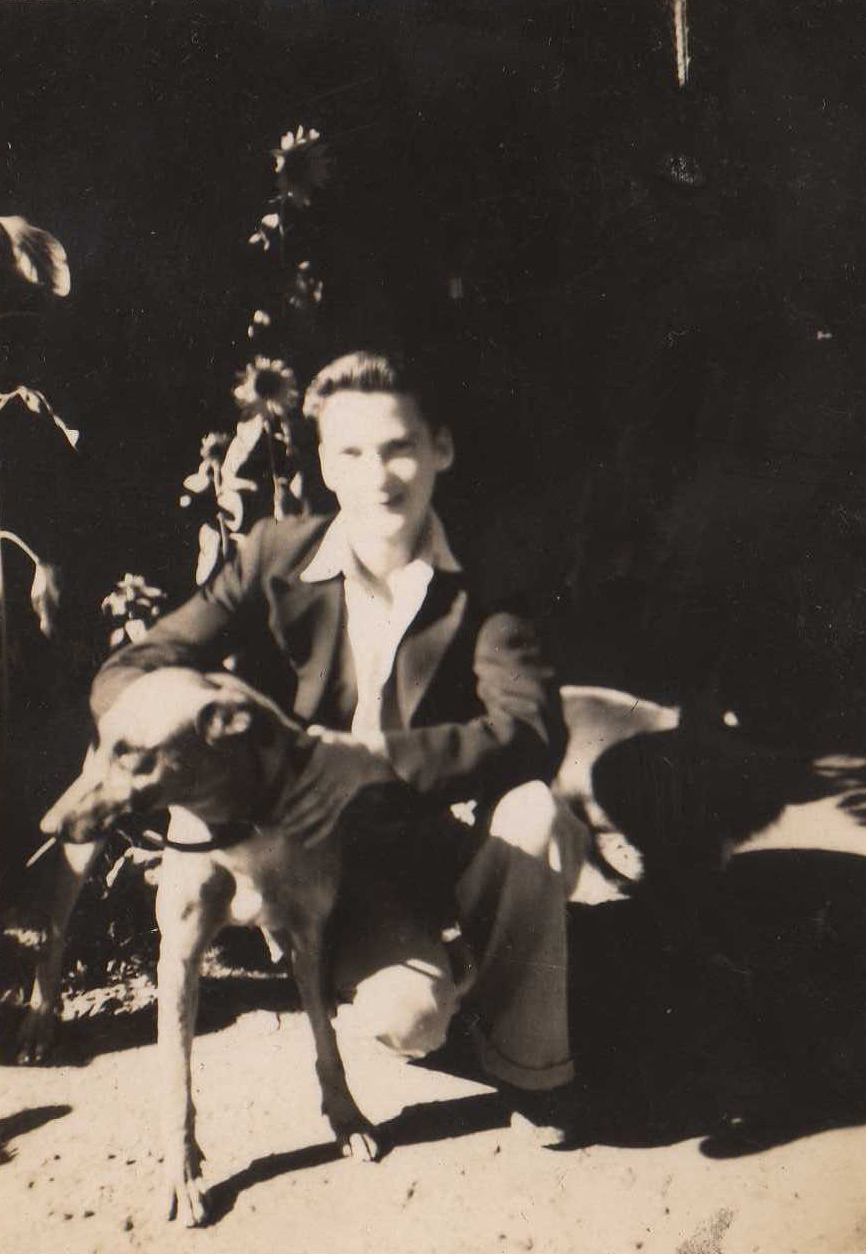 Still reeling over the death of Dudley, the family were eagerly awaiting the birth of Marj’s first child when tragedy struck again.  On 6th December 1944, their youngest boy 16-year-old Donald Raymond Brand died on the family farm.  Donald was cutting wood with his dad when the circular saw he was using broke, and a piece struck him on the head. He sustained a fractured skull.”36  He was buried with his brother, Dudley, at Karrakatta on 8 December 1944.37


The family was now increasingly worried about Al.   The shock of Donald’s death sent my grandmother, Marj, into premature labour with my mum, who was born just over a week later.  Grandma would regularly tell me about travelling to the hospital to visit my mum with expressed milk.  Thankfully Al arrived home safely from the war in 1945 but was devastated at the loss of his brothers.  The irony of them dying whilst being “safe” at home was never lost on him.


The extended family were reeling from the toll, not just of Dudley and Donald’s deaths but of cousins Kenneth Norman Hilton Butler and Kenneth “Stan” Stanley Lance.  Kenneth Butler had been aboard the ill-fated HMAS Sydney that was lost on 20 November 1941.38  Stan Lance was Missing in Action, presumed dead, after no contact had been received from him, however, he returned after war after spending time as a Prisoner of War in Thailand.39 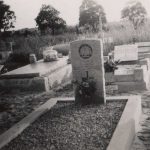 Grave of Fletcher in the foreground, with Donald and Dudley behindg

The toll of his war service and sons dying, saw Fletcher admitted to Fremantle Hospital where he died on 23 August 1947.2,40  He was buried at Karrakatta Cemetery on 25 August 1947 with the service conducted by Reverend Claude Butler, father of Kenneth Butler, and Reverend A Hawkins – both husbands of Gladys’ sisters.41,42  He was aged 65 years old and was buried across the walkway from Dudley and Donald.40


Please pause for a moment today and take time to remember the sacrifice of these brave men and women of all conflicts.


“They shall grow not old, as we that are left grow old: Age shall not weary them, nor the years condemn.  At the going down of the sun and in the morning, We will remember them.”

Do you have any ancestors who served in WWI or WWII?  Search for them today at Findmypast.  I would also love to hear about them – please comment below.