On Saturday I attended a House Histories seminar hosted but the Brisbane History Group at State Library of Queensland.  It was an interesting and informative day of talks.  I have learned so much about researching houses in Brisbane.  I even came away with a book! Shhhh don’t tell my son.

Caylie Jeffery – Under the Lino

Caylie talked about her project and book “Under the Lino”.  What started out as her desire to learn more about the home she renovated and lives in with her family turned into a group of eager detective hunters.  In the 1990’s when she removed the lino during renovations of her 1912 Queenslander home, she discovered three bank books from the 1940’s and 1950’s.  Many years down the track she decided to find out the story of her home and the mysterious bank books.  This took her on an incredible journey with many others joining her in the search to find the answers.  She was in awe at how her search to find the truth led to a mystery being solved and a community being created.  Caylie was an engaging speaker and I can’t wait to have time to sit down and read the book I purchased.  Visit her website Under the Lino to learn more about this interesting project. 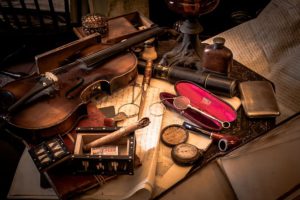 The next speaker, Marianne Taylor, another enthusiastic presenter who shared some of the more scandalous stories she has discovered in her job as The House Detective.  Bigamy and murder featured in this talk as she walked us through the processes she used to find out the story of the homes.  Marianne has turned her passion for history and mystery into a full-time career as she helps people discover the story behind their home.  You can read about some of the homes she has researched on her website The House Detective.

This fascinating talk by Carmel introduced me to a piece of Australian history I had never heard of before – The Anzac Cottages.  Following WWI the Anzac Cottage Trust was introduced to build low-cost rental homes for the widows of soldiers killed and for soldiers returning with tuberculosis.  It is believed over 54 cottages were built, mostly in Queensland, by volunteers.  Women could remain living in the home if she remained unmarried and was of good character.  After her death other family members could remain if deemed appropriate by the trust.  The houses were given names relating to the Anzac theme with some homes still in existence today.  The funding for much of the program was through the Golden Caskets, a lottery, to raise funds to build the homes.  All the homes still in existence are now privately owned as the need for the program declined. The last home to be sold was Strathern at 16 Quarry Road, Alderley and is on the Queensland Heritage Register.

Helen’s talk on the changing look and expectations for housing in Brisbane in the inter-war period was informative.  Many people were wanting larger, modern homes and homes from the 1914’s were just considered outdated.  She found some great images of the development of modern conveniences such as kitchens and bathrooms and the rapid changes in these during this period. 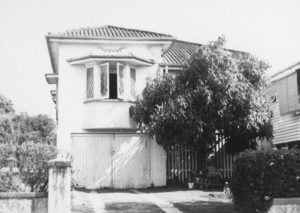 If you haven’t heard of the Corley Explore and you have an interest in housing styles in Queensland then definitely take the time to look through this fascinating collection of photos.  Throughout the 1960’s and 1970’s Frank and Eunice Corley drove through suburban streets from Beenleigh to Bundaberg taking photos of homes.  It is believed during this time they took over half a million photographs, many of which were sold to homeowners, but over 60,000 are available to search in the Corley Explorer.  Head over and take a look at The Corley Explorer.  The image to the right is the first house I lived in when I moved to Brisbane as a child and this is how I remember the home. Stephanie has a wealth of knowledge about the historical resources at State Library and also discussed the resources available to research house histories at the library. 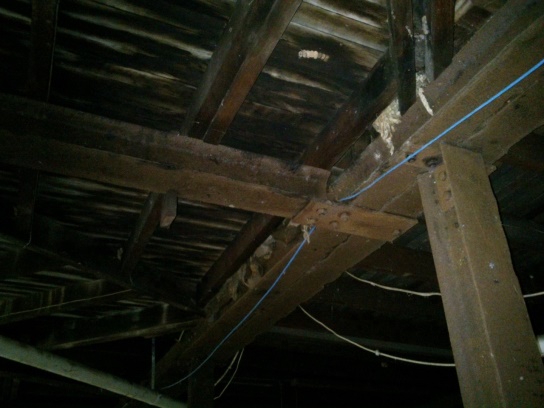 This speaker (sorry I missed her name) discussed the Joseph Stillman Badger, an American engineer, who came to Brisbane in 1896 by Brisbane Tramway Company to electrify the tramway system.  He went onto become the managing director.  His wife and two sons arrived a few years later and quickly became a part of the community of Toowong.  They first lived in “Belle Vue” a large set high on Miskin Street, Toowong.  They moved to “Arlington” at 28 Woodstock Street, Toowong, the home owned by the Tramway company, but Badger helped to plan and build. He built large fencing around the property to keep his privacy and a steep staircase on the property to take him down to the private tram to go to work.  He also built the house using tram tracks as bearers.  The property is now called “Endrim” and the fascination with this house is that it is notoriously hard to photograph from street level. 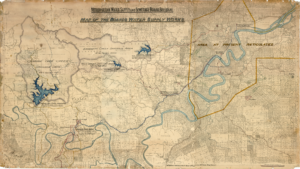 Annabel has a wealth of knowledge about the holdings of the archives and the records available to research homes in the Brisbane area.  She discussed the Brisbane City Council Heritage Register and the Queensland Heritage Register and how to see if the house is heritage listed. She outlined building approval records and cards they hold for the inner city region from 1904-1945 as well as aerial images from 1945.  There are detail plans that show sewerage and water access from 1911.  Many thousands of images can also be found at Brisbane Images which include historic maps, homes, archives, parks, and transport.

It was a very informative day and I cannot wait to see what I can unearth about the house I want to research.

Have you ever conducted a house history?  What did you find out?  Tell me in the comments below.