This post contains affiliate links. I may earn money from advertisments, at no cost to you. The opinions expressed in this article are based on my personal experience and research. They do not necessarily reflect the opinions of the companies mentioned or advertised.
18
June

The challenge for this week in 52 Ancestors in 52 Weeks is Same Name.  So often in genealogy you will come up with ancestors who have the same name as their father or mother.  Quite often they are then known by another name.  Also to confuse matters you will often find numerous children within the same family have the same name as newborns are given the name of a dead sibling to ensure the name continues.  This makes it incredibly hard for the family historian at times.   To make matters worse the names are usually very common names so unless you have an unusual surname it is sometimes almost impossible to decide which Ann Smith belongs to your tree! 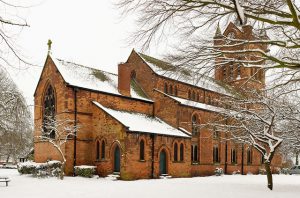 Today I introduce you to two of my confusing ancestors, Henry Stokes and Henry Stokes – my second and third great-grandfathers.

Henry Stokes was born between 1812 and 1815 in Bloxwich, Staffordshire, England to Joseph and Ann Stokes.1,2,3 He was baptised with his sister, Mary, on 1 January 1815 in All Saints Church, Bloxwich where the record lists his father Joseph as a Bit Maker and the family lived in Pinfold.1

Henry married Elizabeth Ross on 26 September 1837 in St Bartholomew’s Church of England in Wednesbury.4  Henry and his father were both listed as Bit Makers as was common in the era – father and son working in the same occupation.4  Henry and Elizabeth went on to have 11 children, with at least two dying in infancy.  Their son Henry Stokes was the fifth child, and the third son, born in 1845 in Bloxwich, Staffordshire.5  He was baptised on 16 February 1845 in All Saints Anglican Church, Bloxwich.6 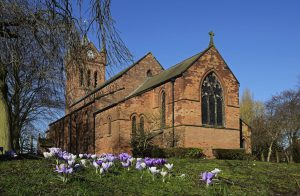 Henry Stokes (junior) married Harriet Allport on 4 May 1867 in St Peters Church, Walsall, and his occupation was listed as a Bit Maker.7  They went on to have 13 children, none of whom had the first name of Henry.

Henry Stokes (junior) was living at 53 Revival Street, Bloxwich in the 1891 Census and when he died 12 November 1898 by suicide in the Canal Basin near Hatherton Furnaces, Bloxwich.8,9

Henry Stokes (senior) was living at 46 Revival Street, Bloxwich when he died on 31 December 1898 of senility and heart failure.10

As you can see they were living very near each other in 1898.   They both died in 1898 only weeks apart, and I must admit I would regularly became confused in the  due to these similarities.

Do you have ancestors with similar names?  Search for them today by clicking the image below.