This post contains affiliate links. I may earn money from advertisments, at no cost to you. The opinions expressed in this article are based on my personal experience and research. They do not necessarily reflect the opinions of the companies mentioned or advertised.
26
June

The 52 Ancestors in 52 Weeks challenge for the halfway mark is Black Sheep.  All genealogists at some point will find a black sheep in their family.  Whether it be someone who was quirky and just didn’t quite fit the family to criminals.  I have come across my fair share of black sheep in my family.  I have written about two of them on this site.  For many the black sheep has been a deep, dark family secret that no-one talks about and it is through our research that we uncover them. 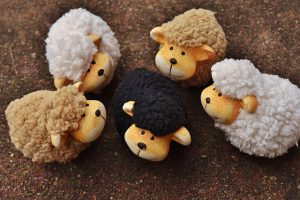 I have a couple of black sheep that I have found over the years.  The first being my third great-grandfather, George Brand, who was sentenced to 14 years transportation to Australia.  When I first started my genealogy journey I asked my grandmother about her side of the family but she never mentioned the convict aspect.


When I found George, I told my grandma that we were descended from a convict and she said I wondered when you would find that out.  For her generation the convict stain was quite real, yet for my generation it’s – cool I’m descended from a convict.  She told me that it wasn’t as bad as it was made out to be and that he only stole a loaf of bread to feed his family.  I can assure you, that he was sentenced for a lot greater crime than stealing a loaf of bread.  Actually, a loaf of bread is about the only thing not mentioned on his charges sheet!


You can read more about George Brand in my George Brand: A Convict Success Story series. 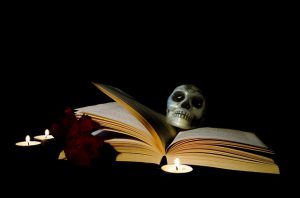 One of the best black sheep finds in my ancestry has been my second great-grandfather, Charles Newman.  Charles was a merchant seaman and to the credit of my cousin Shelley we discovered that his life in Australia was built on a lie.  He told everyone he was from Coventry but his grandson, Fred is adamant he had a Cockney accent.  Through some great detective work, Shelley discovered that Charles was a bigamist and left a wife and child behind in England.


I have written about him before and you can read more about Charles in The Skeleton in My Closet.


It is always fascinating to find out what constitutes the family “black sheep”.  On my children’s paternal grandfather’s side there was an uncle of his that was the black sheep because he became a Catholic Priest.  He was well-regarded and quite high up in the Catholic Church.  He was the family black sheep as they were all Lutheran.


Do you have a black sheep in your family tree?  Search for them by clicking the image below.