Coming up with something for the Week 9 – Where There’s a Will, 52 Ancestors in 52 Weeks Challenge was hard.  Do I do a will left by the deceased, someone with will and determination, or someone named Will?  I finally decided on the latter, although he certainly had will and determination as well. 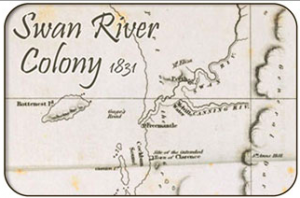 William Crittal, my third great-grandfather, was born on 18 November 1804 in Ightham, Kent, England.1,2  He was the son of William Crittal and Sarah Bratton.2  I know nothing of his early life, however, he immigrated at 25 years old to the Swan River Colony aboard the “Caroline” on 12 October 1829, a mere four months after the colony had been established.1,2,3  The Swan River Settlement in Western Australia was founded by free settlers on 2nd May 1829 by Captain Charles Fremantle.4  William was one of the first settlers arriving on the 13th Ship into the colony that year.4

Three weeks after arriving in the colony, Alfred, was granted 7 acres on the Canning River, and 5230 acres in Avon, in the interior of Western Australia.2  On the smaller grant, William and Thomas built “Speldhurst”, a small stone cottage, and then built their own accommodation.2   William’s main task, however, was to prepare the grounds for the vineyards and orchards that he was to supervise.2  Unfortunately, around this time, Thomas drowned in the river.2

Alfred was struggling to make a living in the fledgling colony and, in December 1829, Captain Stirling appointed him as a Justice of the Peace.3  He became a Magistrate of the Court towards the end of 1830.3  It is around this time that William was most likely released from his indenture.2

By August 1834 William was working as a carpenter on Stoke Farm, near Bassendean, a property of James Henty, leased by J.Phillips.2  Phillips was struggling and had to request food for William from the Commissariat.2  As the Avon region continued to expand, William headed over the hills to Toodjay, where there was plenty of work, to work as an agricultural labourer and carpenter.2

In 1840 William was working in Grassdale, when he married his wife, Betsy.2  At some point, prior to his wedding, the spelling of his name changed from Crittal to Criddle.2  He married Elizabeth Thomas in 1840 in the Church of England, Toodjay.1  At this time, William was 36 years old and his new bride a mere 18 years old.2

In 1842 he built the Toodjay Police Barracks.1  With continued hard work, William’s position in life was good and he was able to lease a 200-acre farm on Old Jimperdine Road near Toodjay.2

By late 1850 William’s lease had expired and in the winter of 1852 when Lockier Burges was visiting the Avon Valley to find men and their families interested in moving north to Irwin Valley, William went.2  The family of William, Betsy, and 5 children travelled to Irwin where they remained until 1859.2  He was employed by Cattle Co. as a herdsman supervisor.5,6 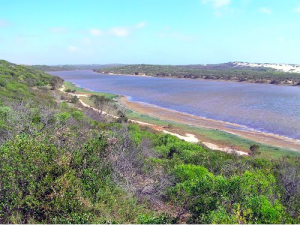 Whilst working for Cattle Co., William purchased 80 acres in 1859 on the north front flats approximately a mile South East of Bootenall Springs.2,5,6  Their portion faced Gregory Road near William road and he set about building a mud-brick house.2  He planted a palm tree in front of the home.2  In the 1862 floods the 3-room house was destroyed so he built a new one that was destroyed in the 1872 floods.2,6  He built their third home with limestone from the quarry at Rudd Gully on higher land.2,6  Throughout all this the palm tree continued to flourish and stood 40 foot high 100 years later.2

William was a founding member of Victorian District Agricultural Society.5  This illiterate man became a much-valued member of the region, employing 15 Ticket of Leave men.5.  William Criddle died at 70 years on 12 May 1875 in Greenough, Western Australia.1,2,7

Do you have a Will in your ancestry who was tenacious?  Comment below to tell me about him.