This post contains affiliate links. I may earn money from advertisments, at no cost to you. The opinions expressed in this article are based on my personal experience and research. They do not necessarily reflect the opinions of the companies mentioned or advertised.
25
October

“I’ll have to be going.  I promised Fanny I wouldn’t be long.  I can’t believe the baby will be here so soon” said Samuel. 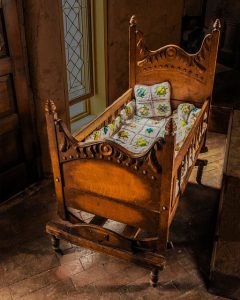 Harriet smiled as she gently put her youngest son William in his cradle “I know son, I cannot wait for my first grandchild. ”

As Harriet opened the door she looked down the street noticing her youngsters Harold and Beatrice racing up the street and said “I don’t know where you dad is. He said he had something to tell you.”

“Mum, the police are coming.”

Harriet said, “I wonder what that could be about.”

“I’m afraid I have some bad news. Your husband has been found in the canal behind the Hatherton Furnaces. He killed himself. Witnesses say he just jumped in and when people tried to save him he fought them off.”

Samuel caught his mother as she collapsed in shock. The police officers assisted him to take her into the house and place her on the couch. “What happens now?” asked Samuel.

“We will need someone to identify the body.”

“I’ll do it. If you could sit with mum for a minute I’ll just get my brother Albert to stay with her and the little ones,” said Samuel.

The policemen nodded as Samuel rushed out the front door.

The final months of 1898 saw many life events for the Stokes family. ­ Henry killed himself on 12 November.  Dorcas, Samuel’s daughter, was born on 19 November.  Henry’s father died on 31 December. I always wondered why Henry killed himself.  He was only 53 and as his father died at 85 I am curious that he would take his life so young.  Harriet was left with six children living at home ranging from baby William to 17-year-old Albert.  Henry and Harriet Stokes were my great-grandparents, their son, Samuel Stokes my great-grandfather, and Dorcas, my paternal grandmother.

Do you want to find out where your ancestors lived and died?  Then click on the image below to start your free 14-day trial with Ancestry today.