This post contains affiliate links. I may earn money from advertisments, at no cost to you. The opinions expressed in this article are based on my personal experience and research. They do not necessarily reflect the opinions of the companies mentioned or advertised.
29
May

This weeks 52 Ancestors in 52 Weeks challenge is So Far Away.  Many people on forums and Facebook groups have been saying how vague this challenge is but I love it.  Narrowing down who to write about is the difficult one for me.  I think for me, being born in England, raised in Australia, having relatives on opposite sides of the world to me as well as the country, so far away has always been a part of my life. 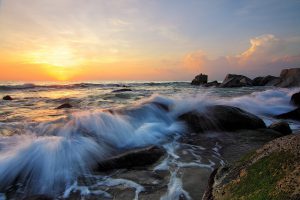 My dad’s family for generations and generations have lived in the Staffordshire region or in very close proximity.  My mum’s family were infinitely more adventurous and I can trace ancestors to numerous locations in Scotland and England and all around Australia.  Then you have Australia itself – so far away from the majority of the world, and such vast spaces that you can drive for hours and hours and not see a town or another person.

The reality is we live 16,500km away from my dad’s family and where I was born.  I live 4,300km away from my mum’s family in Western Australia.  Being so far away from family has been the norm for our small family unit – mum, dad, my brother and me.  We made many large moves throughout my childhood, however, we had the benefit of airplanes, cars, trains, and buses.  Prior to moving to Australia we travelled from London to Staffordshire to stay with dad’s family.  We then moved to Perth, before living in Sydney, and finally Brisbane.  I attended ten schools in three states, and had lived in 13 houses by the time I was 13 years old. 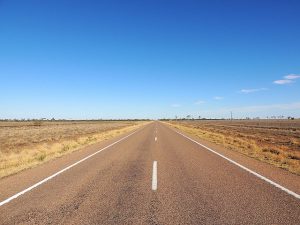 I think my parents were brave to make the moves they did, however, they had the benefit of more modern transport methods, and telephones to keep in touch with loved ones.  I can really appreciate the bravery of my ancestors in their journey’s because as an adult I have moved only twice – out of the family home to the first home I owned, and finally to the home I am in.  I have been here for nearly 17 years and it is the longest I have lived in one home in my life.

Later this year, my children and I are travelling to the UK to see where I came from, to explore where my ancestors came from, and to reconnect with relatives that I have long since forgotten or never met.  I credit the internet with enabling me to undertake this endeavour as I have made connections with many cousins through Ancestry and Facebook.  We are all getting excited, albeit a bit nervous, at the impending reunions. 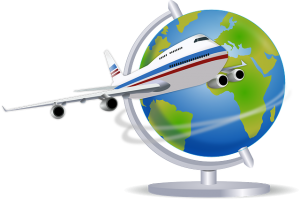 However, what does this mean for us?  It means hopping on a plane in Brisbane at 9.00pm and arrive in London at 12.25pm the next day, however, in reality we will be in the air or in transit for 24 hours.  14 hours for the first leg, a 2 1/2 hour stopover, before undertaking the final 8 hours.   It sounds daunting, least of all because my teenage son is already complaining about having to sit still for that long.  On our trip to Perth last year, a nearly 6 hour flight, he was pretty good but he remembers thinking that was incredibly long and is dreading adding so many more hours to that.  I just remind him at least we don’t have to do the trip the way so many of our ancestors before us. 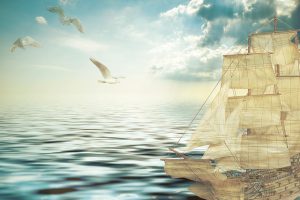 I have spoken regularly about my third great-grandfather, George Brand, a convict who travelled from Larbert, Scotland to Greenough, Western Australia.1  He was from Larbert in Stirlingshire, Scotland, and was sentenced in Edinburgh on the 1 March 1852 to 14 years transportation.2  He was then sent to Millbank Prison in Middlesex, to Pentonville, London, to Portland Prison, Dorset, to Dartmoor Prison, Devon, back to Portland Prison, before finally being placed on the convict ship “Stag” to make the journey to Australia.3,4,5,6  He boarded the ship on 27 January 1855 for the journey to Fremantle, Western Australia, arriving on 23 May 1855 – a three-month trip in cramped quarters, little variation in the diet, travelling further and further from his family into an unknown life.2,7

Some of the distances he travelled seem daunting to us, in our era of high speed train, car, and plain.  Imagine poor George (not that he didn’t deserve his punishment) as he travelled further and further away from his family and previous life.

Based on the above distances, he travelled a total of 16,258km by road and ocean in the space of three short years.

George’s family were to follow him after seven long years of separation, arriving in Fremantle aboard the Hamilla Mitchel on 6 April 1859 before travelling to Greenough to join him.1,8  They departed 14 January 1859 from Plymouth and I can only assume they this is when they first travelled down from Scotland.  At the very least they travelled 799km from Larbert to Plymouth, 14,746 from Plymouth to Fremantle, and 411km up to Greenough, a total of 15,956km in the first half of 1859.

You can read more about George Brand and his family in the following posts:

George Brand: A Convict Success Story Part 1 – this is a 5 part series about George Brand

Valentine – part of the 52 Ancestors in 52 Weeks Challenge 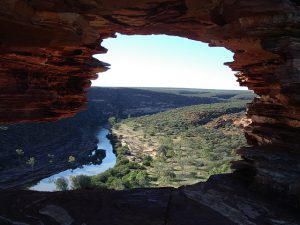 Another couple I have written about previously are my great-great-grandparents Samuel and Ellen Bridges.  They married on 14 May 1881 in Sittingbourne, Kent.9 They started their family shortly after in 1883, and prior to their departure to Australia they had four children – Laura, Clara, Stephen, and Samuel.10  I know for sure that Ellen, Laura, Clara, and Stephen departed Plymouth aboard the “Oroya” arriving in Melbourne, Victoria on 19 December 1887 to join Ellen’s husband, Samuel.10

Young Samuel does not appear on the ship manifest so it is possible he came out with his father, Samuel, or was just missed on the manifest.  I have assumed (I hate this word) that Samuel (senior) travelled sometime between 1886-1887 as Stephen was an infant on the ship.10  To date I have not found proof of when Samuel arrived in Australia.

Now where this family amazes me is that they did not stop in Melbourne.  I had to track them backwards via the births of their children to discover they had moved in the following ways:

They travelled a minimum of 22,947km in 13 years covering two countries, three Australian states, and a move to the Goldfields – no cars, no paved roads, long ocean boat trips nothing like a leaisurely cruise today.

Read more about the family and their journeys in:

Strong Woman – part of the 52 Ancestors in 52 Weeks Challenge

The Kalgoorlie Express – a fictional story about the family and their travels.


Do you have any ancestors that travelled vast distances?  Leave me a comment below telling me about them.